Earlier we talked about the partial unveiling of the BMW 1 Series M Coupe. Since then, more info has been surfacing regarding the car’s specs so we’re here again to bring you the news. There are some good news and some bad (depending on your tastes): the good news is that the 1 Series M Coupe wants to bring an old-school feeling and the bad news (for some) is that it will only sport a manual transmission.

Though some people would disagree with the choice and would prefer a DCT one, there are some logical explanations available, though no definite, one hundred percent answer can be given until BMW will say so itself.

First, the BMW 1 Series M Coupe was meant to offer aggressive looks and feel and that could only be brought by a manual transmission. And the fact that old-school enthusiasts use manual gearboxes.

Plus, considering the speed between development and deployment, there wasn’t enough time to proper plan for a DCT variant. And considering the additional costs and potential sales, BMW probably opted only for the manual one.

This is not over yet, so stay tuned. 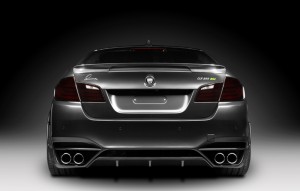