The 2010 Engine of the Year contest has concluded and while our favorite Bavarian car maker hasn’t had an overall win or a performance related win the trophies earned are quite amazing.

The judges at the fabled competition gave BMW a prize for three categories, four if you’re willing to count the Mini Cooper S’s victory.

The first win came in the 1.8 to 2.0 liters category and it went to BMW for their 2 liter inline-four diesel delivers 204 horsepower and 295 pound-feet of torque. Using this engine the 123d delivers 37 mpg even driven to some serious performance driving.

The next win came at the upper category with the BMW N54 taking the glory in the 2.5 to 3.0 liters section and it is a well worth prize as I don’t recall anybody, ever, having something less than great to say about it.

The Bavarians at BMW get another prize in the 3.0 to 4.0 liter category for the S65 4.0 liter V8 engine that can only be found in the M3. That’s pretty much all you need to know.

As an added bonus, the subsidiary company, Mini took best in class at the 1.4 to 1.8 liter category for the engine in the Cooper S for the combination of performance and fuel efficiency. 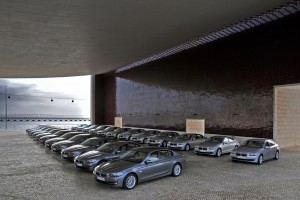 Previous post F10 BMW 5 Series sold out in all markets