We’ve all been there, we all know the massive controversy that came along with Chris Bangle’s work at BMW and some still rejoice in knowing that something like the E60 5 Series will never happen again.

In all the Bavarians have announced that they will produce cars that from now on will synchronize with global taste of their customers.

Adrian Van Hooydonk, the man to whom Chris Bangle turned the reigns of BMW design over, stated that the company is looking to consolidate its design language and make its various model stylings more harmonious. Since he took over in 2009 we could see BMW concepts and cars have been looking as discrete, civilized and understated as any die-hard fan would approve of.

At the recent Beijing auto show, Van Hooydonk stated that consolidation is good for the brand because it gives a clearer image of what BMW is. He pointed to the new 5-Series sedan and the Gran Coupe concept as examples, saying they exhibited a more subtle use of the concave and convex, which probably means that while these cars are no longer as straight and boxy as freight locomotives they don’t upset people any more.

While some people rejoice more in this moment than in the launch of a new M5 we should mention that Chris Bangle’s controversial design ideas went into turning BMW from a sports saloon maker with occasional bleeps into coupes into a company with a very successful range of products, wearing a luxury selling crown.

Maybe the E60/5s is considered a design with acquired taste but that design has put the brand back to the game and absolutely got the attention of new followers. It has also given the brand a character somehow. Refreshing maybe a better word (as compared to controversy) in the world of globalization, where everything looks kind of similar. Understandably loyalist will always be in their comfort zone and maybe characteristic changes are seen as a bad thing… definitely a sad thing for changes.

Just so, still an avid fan.

Keep the posts going. Good stuff as always. Thank you

My personal opinion coincides with that of James May, the E60 was a great looking car just that it looked more like Gerrard Depardieu as opposed to Tom Cruise.

However, general consensus would not agree as the post says.

What i didn’t like from Bangle was the first generation of 7 Series he did, other than that you could say i’m a fan while still thinking the best looking BMW was the E36.

[…] bulky M3 inspired front fascia, something expected as Adrian Van Hooydonk stated not long ago that future BMW’s will unify design in order to synchronize with global taste of the […] 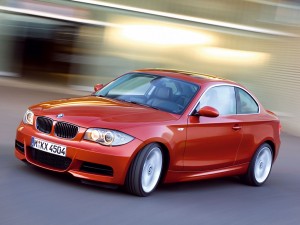 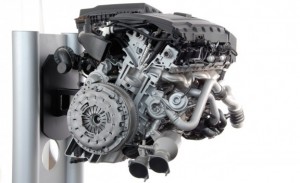 Next post 2011 BMW 5 Series diesel confirmed for the U.S. market