BMW is the world’s largest luxury automaker, but it may be feeling Audi breathing down it’s neck which is why the Bavarian company announced a massive cost cutting program.

BMW will get some assistance from a partnership with Daimler AG’s, Mercedes-Benz unit, in order to significantly reduce spending on components and suppliers by $5.2 billion by 2012.

Mercedes may be a rival but BMW can’t really afford not to have this pact with the devil as the savings that are to be amounted boggle the mind.

In an interview for Bloomberg Herbert Diess, Director of BMW Motorrad, stated that the talks between BMW and Mercedes-Benz have lead to the creation of new projects over the past several months that will help both companies cut spending by about another 100 million euros a year by 2012.

Efficiency is always a key word within any BMW product and now it will be applied to the brand economy as well, BMW is looking into every cost lowering aspect and they will even be helping component suppliers improve efficiency as well as develop systems, such as start/stop technology, that they may be able to sell to other manufacturers.

It seems that BMW have realized that efficiency cannot be achieved just through high volume of sales and, according to Diess, new projects with Mercedes-Benz will lead to significant savings as well as technical advances. 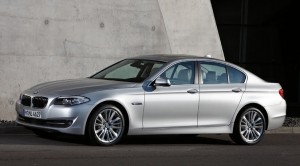 Previous post News on BMW sales in the US