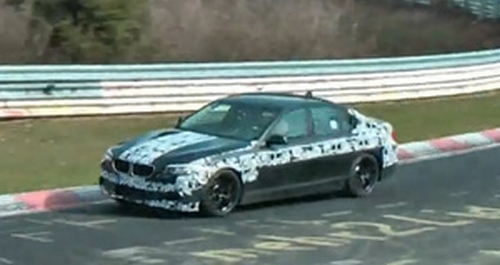 Spotted may not be the proper term for BMW’s camouflage techniques but the 2011 F10 BMW M5 has been seen, and recorded at that, going round the Nurburgring.

As befits any sport car or sports sedan in this case, of the M5’s caliber Nurburgring testing is a must, especially when you are talking about a car that is a candidate for being a Ring Taxi.

Expectations are always high with BMW products and for BMW products that have an M badge attached to the name they are even higher. In order to meet those expectations the cars have to be properly designed, engineered, developed and tested before being unleashed on the public.

Since the new BMW 5 series has already been grabbing fans left and right more than it’s E60 predecessor the M5 will most likely get a fan club that’s never been seen before.

So far the data on it is quite scarce, the engine will no longer be a naturally aspirated 5 liter V10 engine as BMW have downsized to a 4.4 liter V8. That said though, downsizing is definitely not equivalent to downgrading as the twin turbos on this engine will give it more power than the out going model. 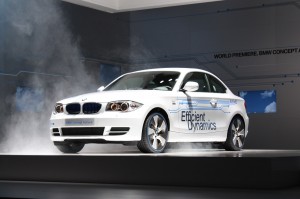 Next post News on BMW sales in the US