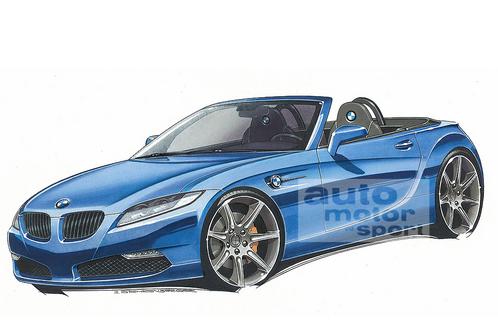 Those from Automotor und Sport are very optimistic in the appearance of a new BMW’s model, namely BMW Z2.
BMW Z2 would be based on BMW 1-Series and will be equipped with 4-cylinder turbocharged and naturally aspired engines with a power between 150 – 300 hp under the hood and engines with a capacity of 1.8-2.0 liters.

BMW will make a M version for BMW Z2 which is expected to use a V8 twin-turbo engine with atleast 400hp. Also,
Rumors says that BMW Z2 will have a base price of $30,000 and will be the first BMW hybrid roadster which will enter production.

BMW is working on this project and his official appearance is expected to take place at the end of this year and the production will start early next year.