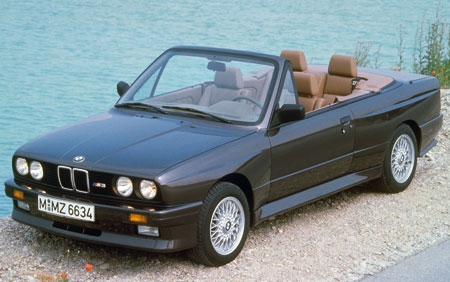 Since we start talking about the new BMW M3 E92, I was thinking it was a good idea to continue on the same note, so next we are going to talk a little bit about the BMW M3 E30 Convertible.

As our friends at BMWDrives said, the BMW M3 E30 is, in fact, the Motorsport-developed version of the E30 3 Series. It has a S14 four-cylinder, the chassis and the reshaped body – are based on the E30 3 Series as well.
This BMW debuted in the Frankfurt Motor Show in 1985 and it was actually designed as a racecar first, and then the necessary changes for it to become a road car were made. Therefore, the conclusion would be that the E30 M3 racecar version is very similar to the E30 M3 street version.

For example, the competition version of the vehicle has racing rubber on its fenders while the more modest one – the street version – doesn’t need it.