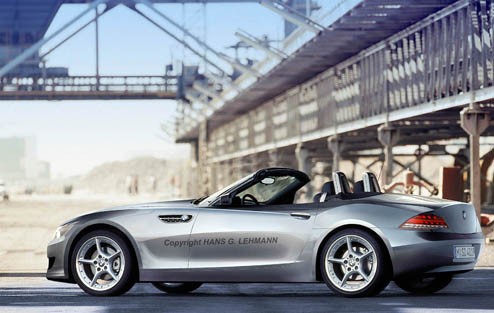 The 2009 BMW Z4 is probably the most expected car to be unveiled in the history of BMW.

There are countless rumors and spy photos which you can find with this amazing car. We already knew that the 2009 BMW Z4 will appear in December, but know we have the official date: 15th of December. This way, we will finally be able to take a look at the real pictures at the Detroit Auto Show which will take place in January. BMW has already released a teaser video, but it doesn’t make any reference to the actual Z4, they are just letting us know that something will soon happen.

The 2009 BMW Z4 will surely be a great car, one which will pull BMW out of the recession.

Can i have one. ! Dream Car