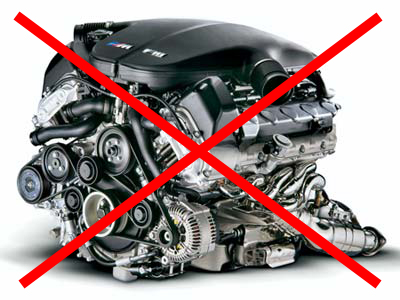 Because of the new emissions standards, BMW is starting to make some drastic modifications.

For years, the M-models were powered by a high-revving engine. At the beginning of 2009, BMW will replace the old version with the turbocharged direct-injection powerplant. This way, they will lower the production costs of every M model which will get this type of power. The first model which will receive the transformation is the X6 xDrive M. It seems that the power will be the same, around 500 hp. There are many other models which will be equipped with this type of engine, the most popular being the 2010 BMW M5.

The first official statement says that the engine won’t lose any power, but it will be more fuel efficient and it will certainly deliver lower emissions.

I Would Buy Both.If I Had To Choose Between The Two, I Would Go For The 7 Series, because if u turn up on a date in a A8 ur girrfliend will be like OMG Blah Blah’ For A While Then She Will Forget It.But If U Turn Up In A 7 Series Ur GF Will Be Like Oh Wow And Will Want To Lick Ur Car Before Doing Anything,So The BMW 7 Series.